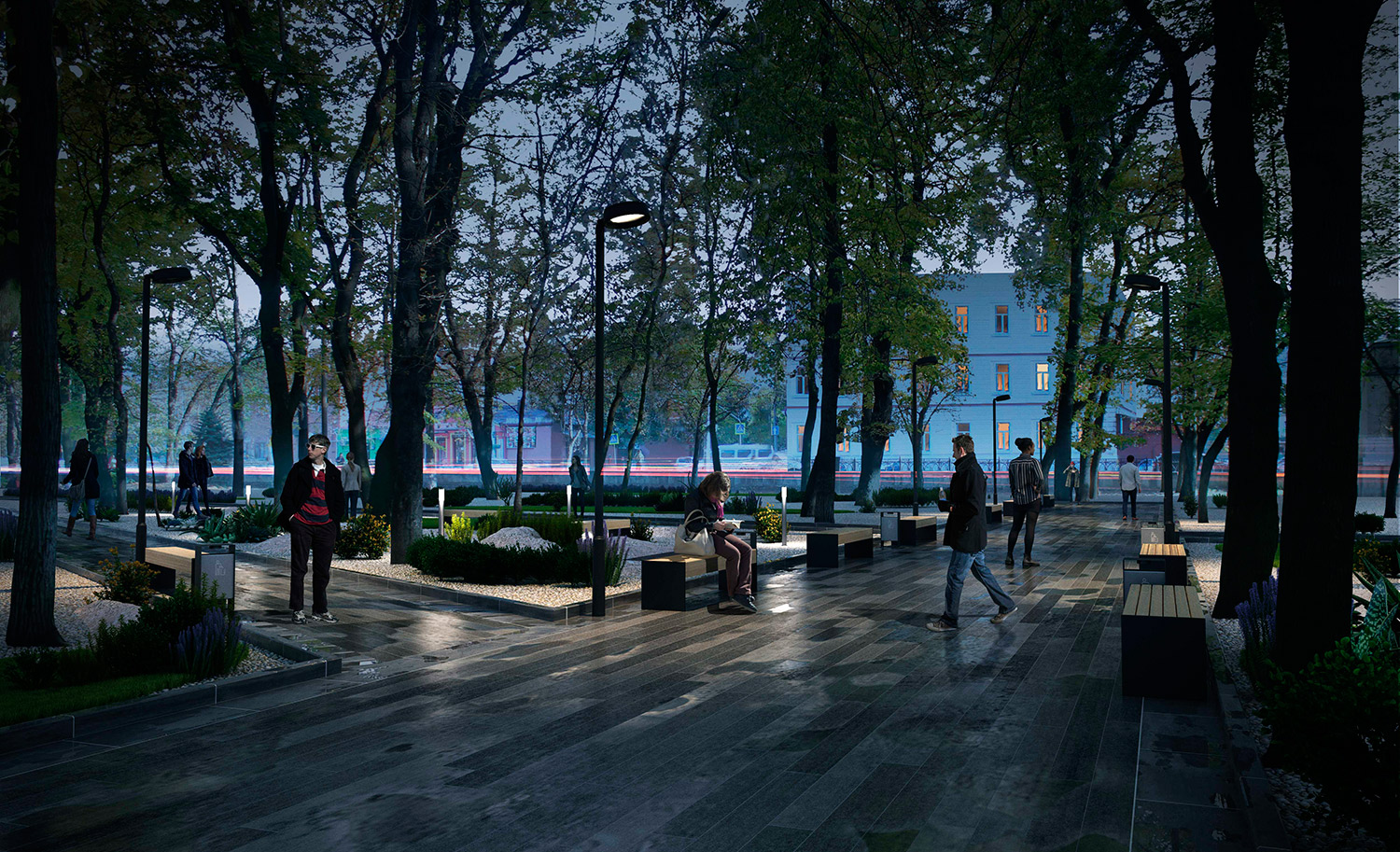 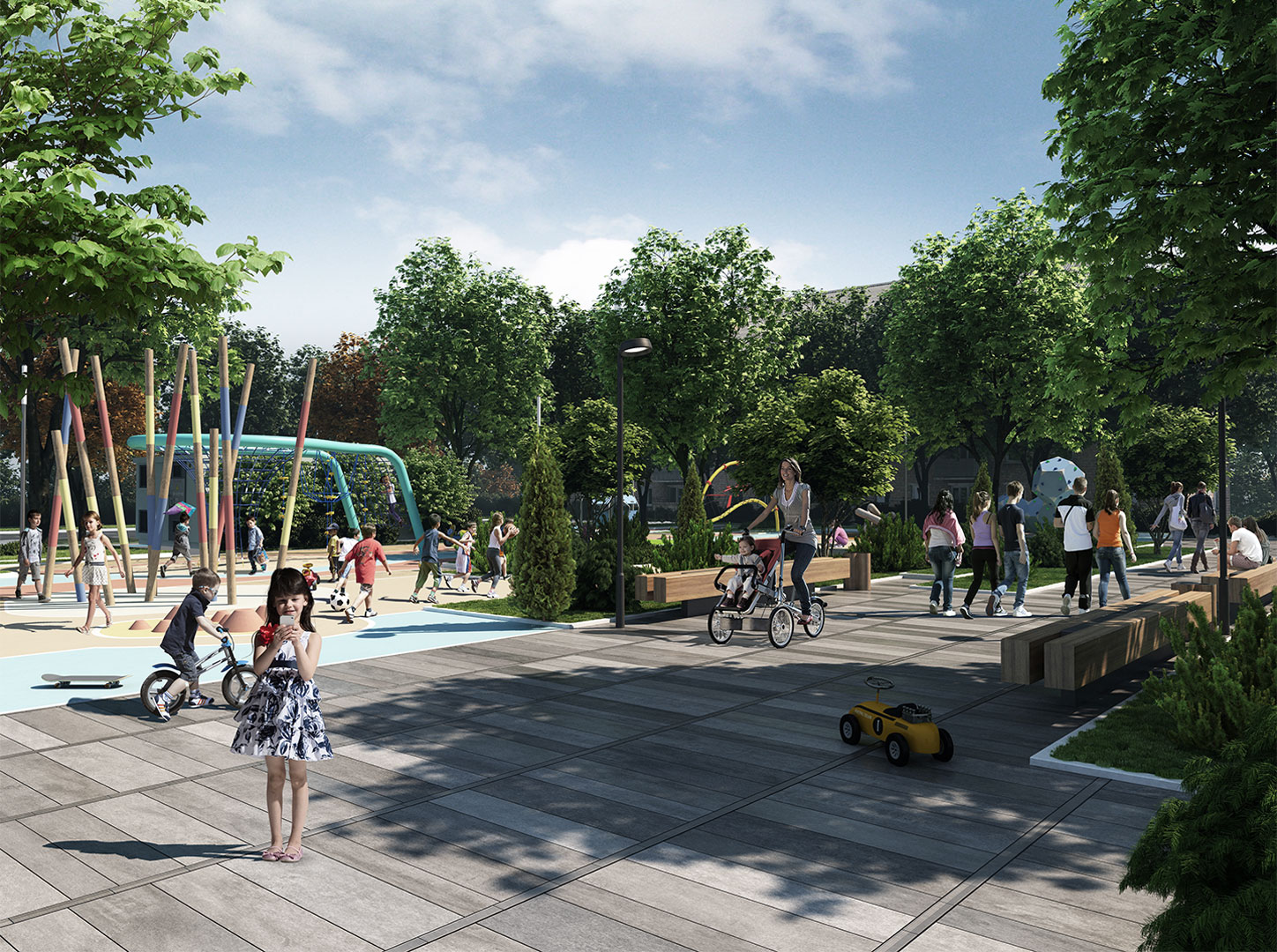 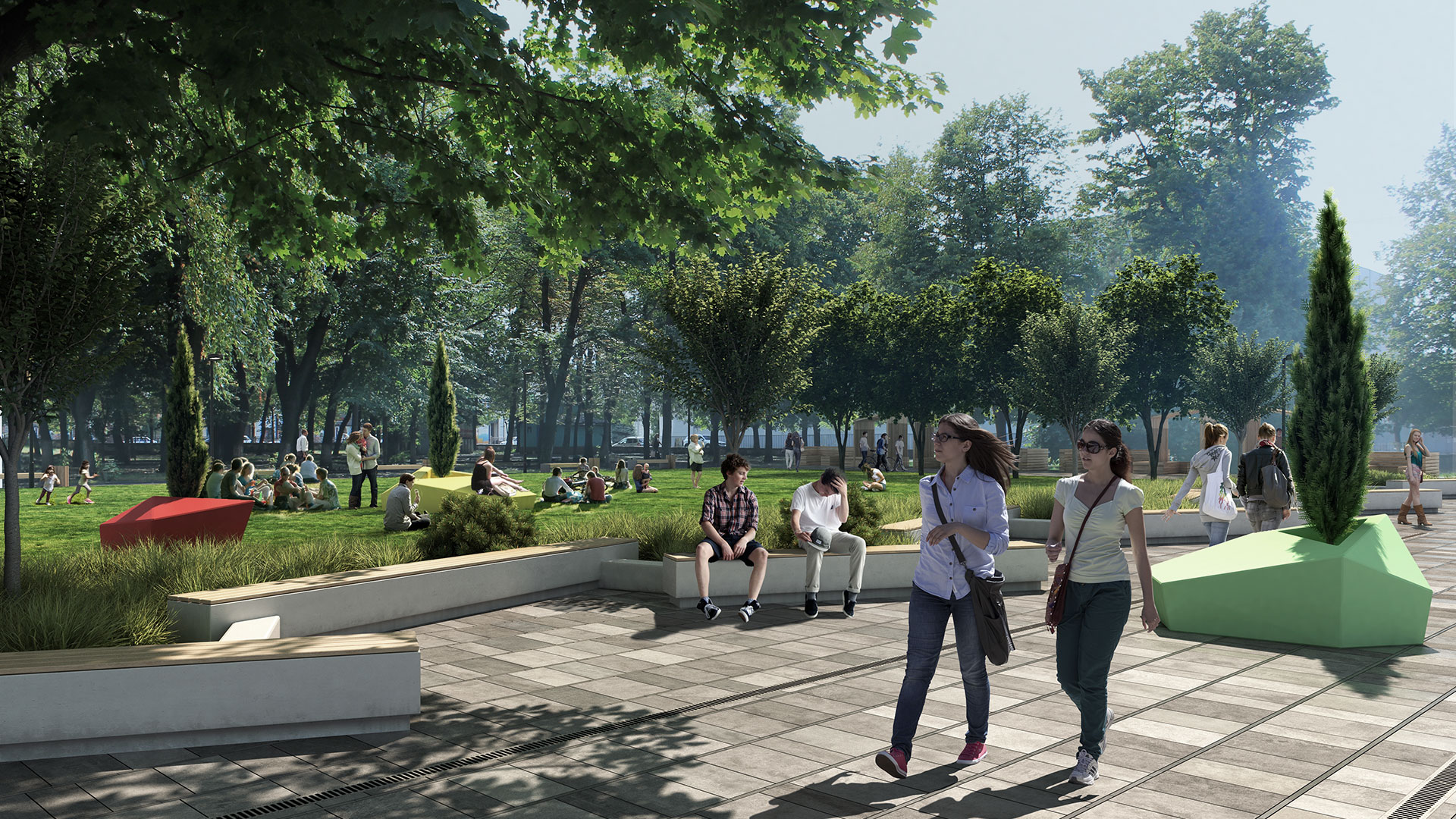 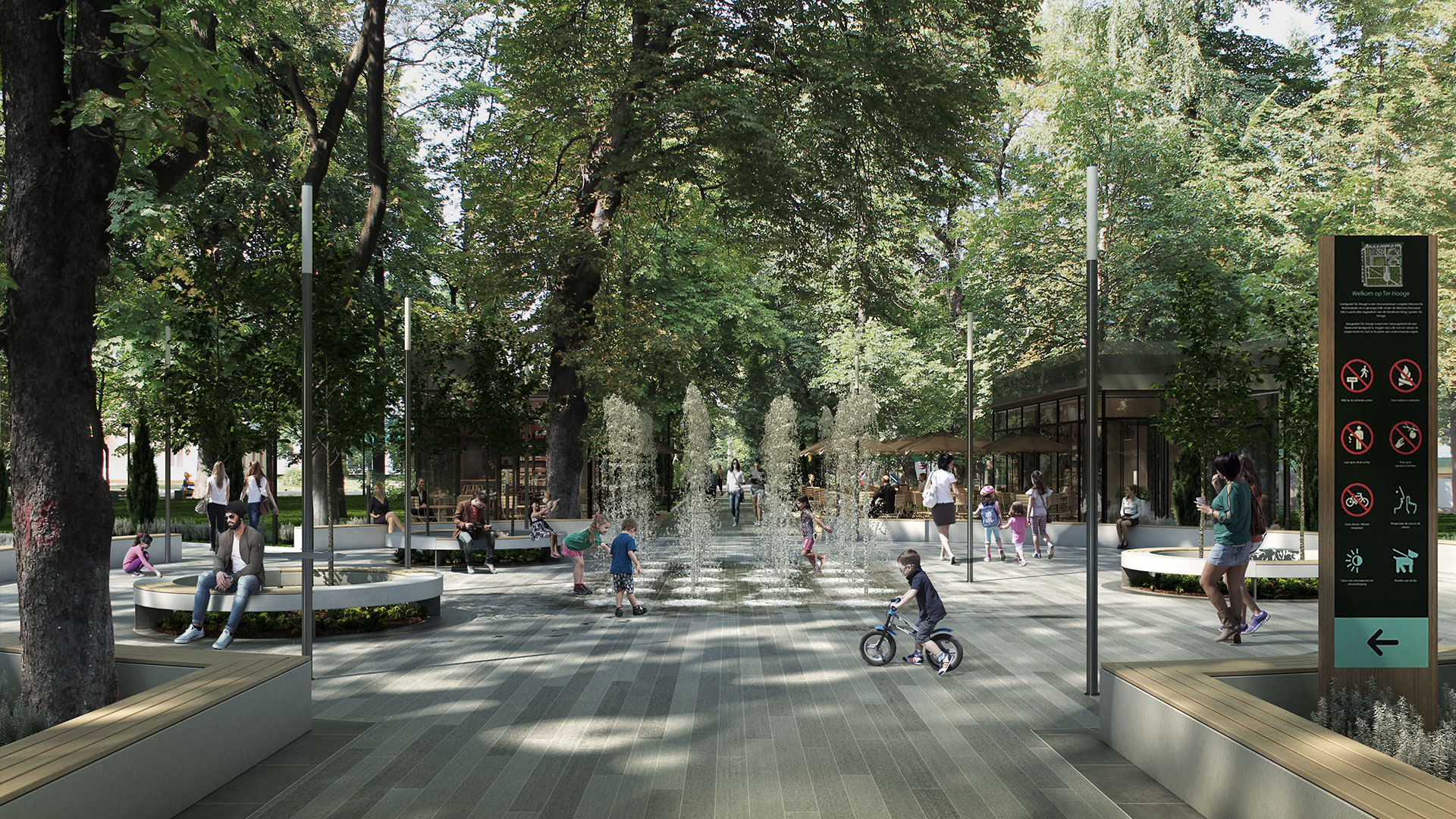 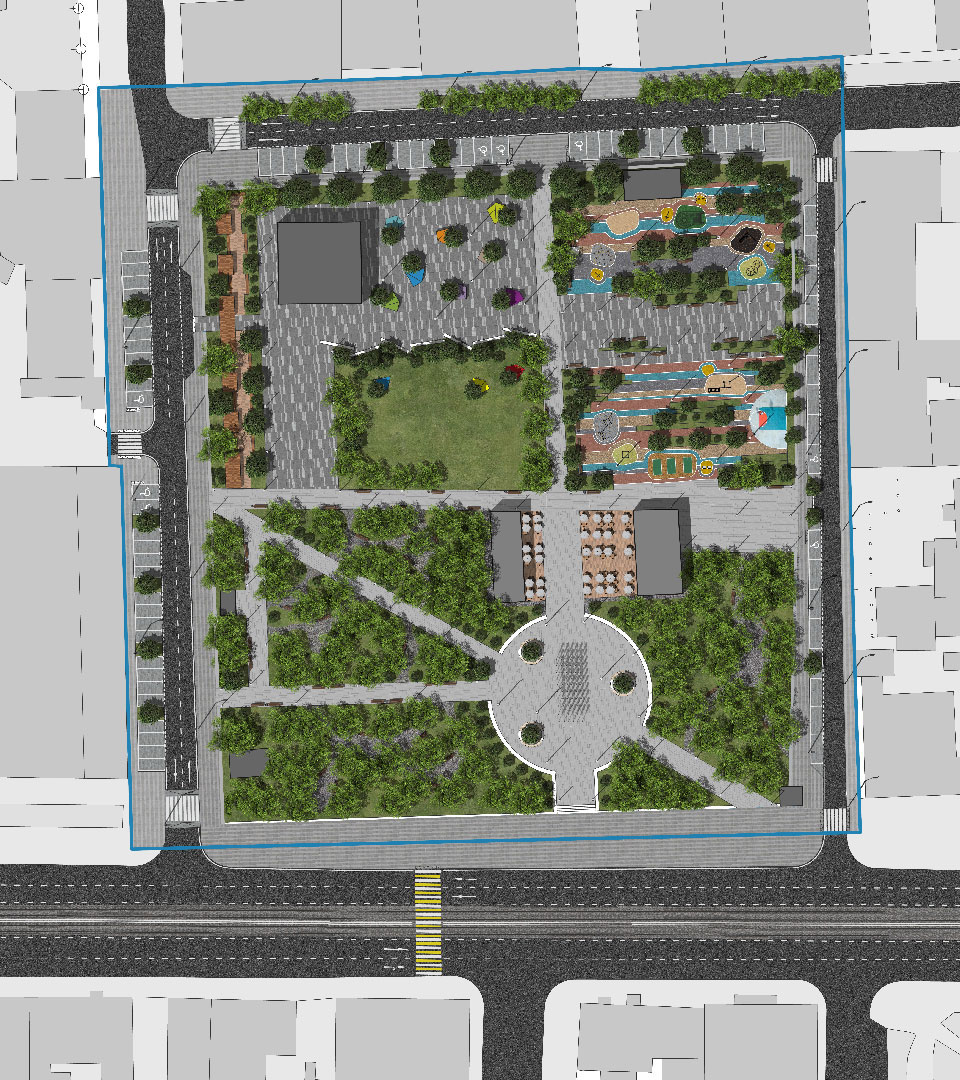 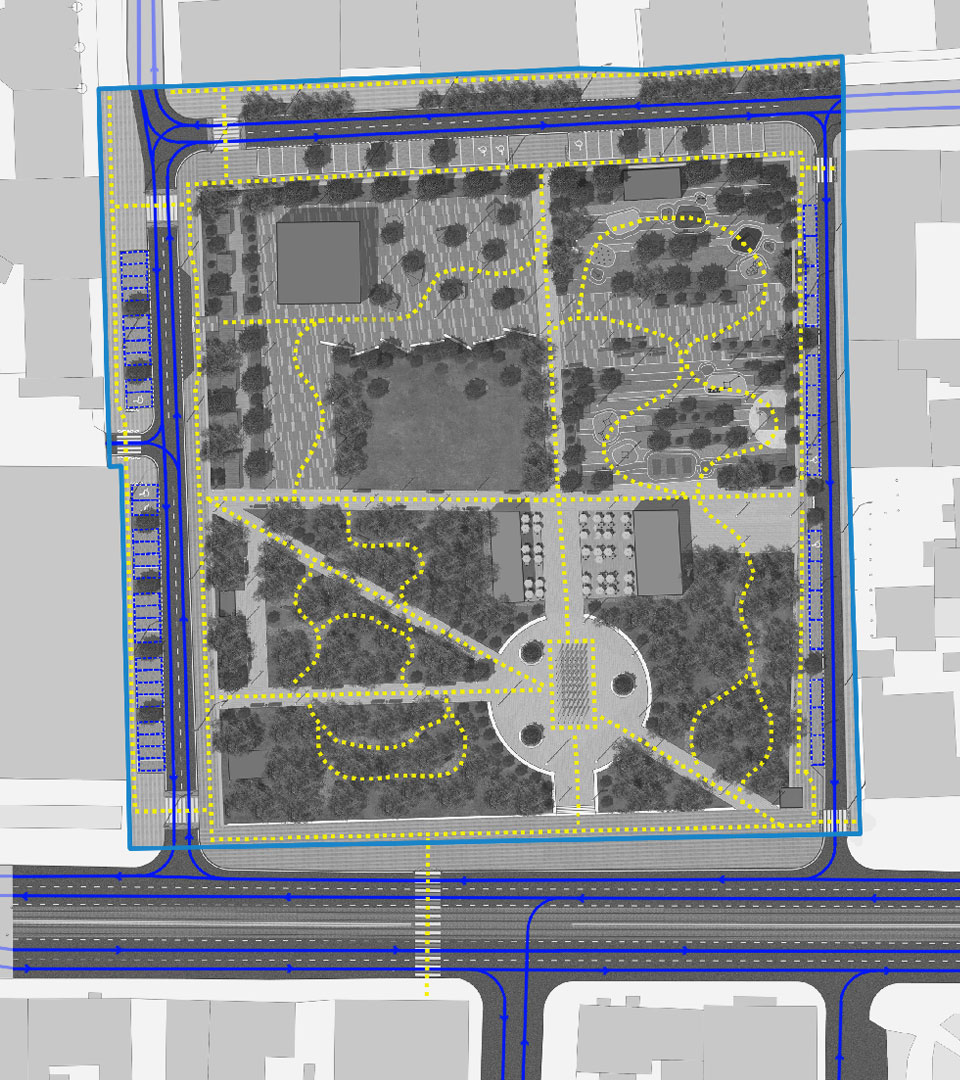 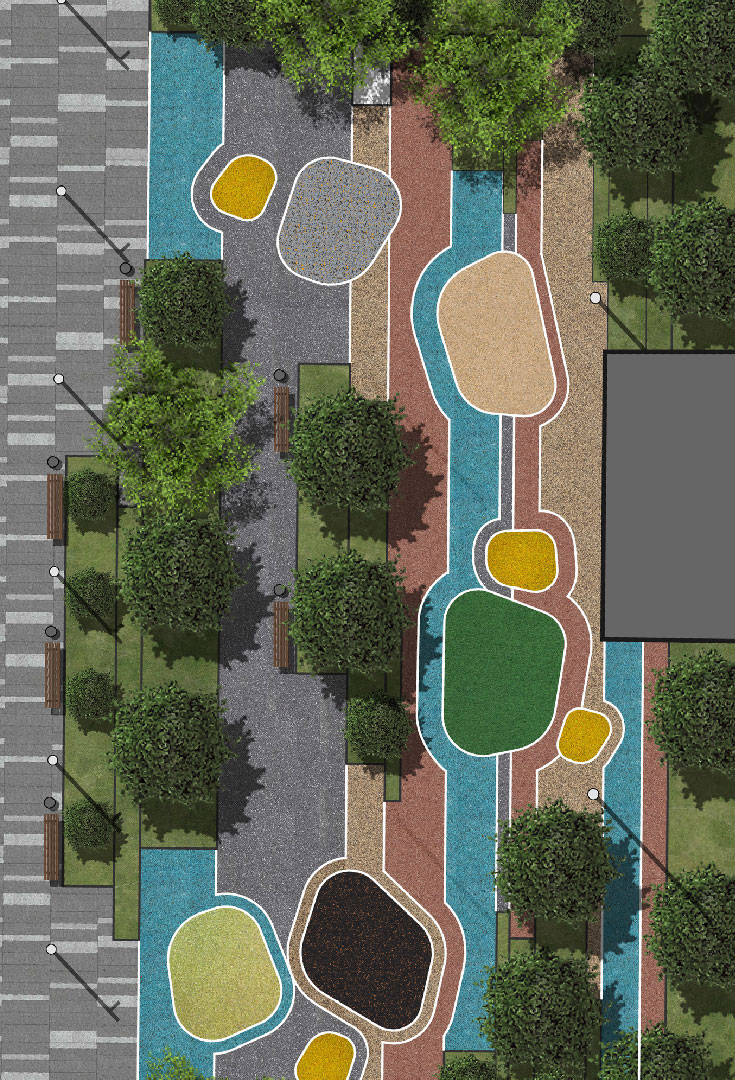 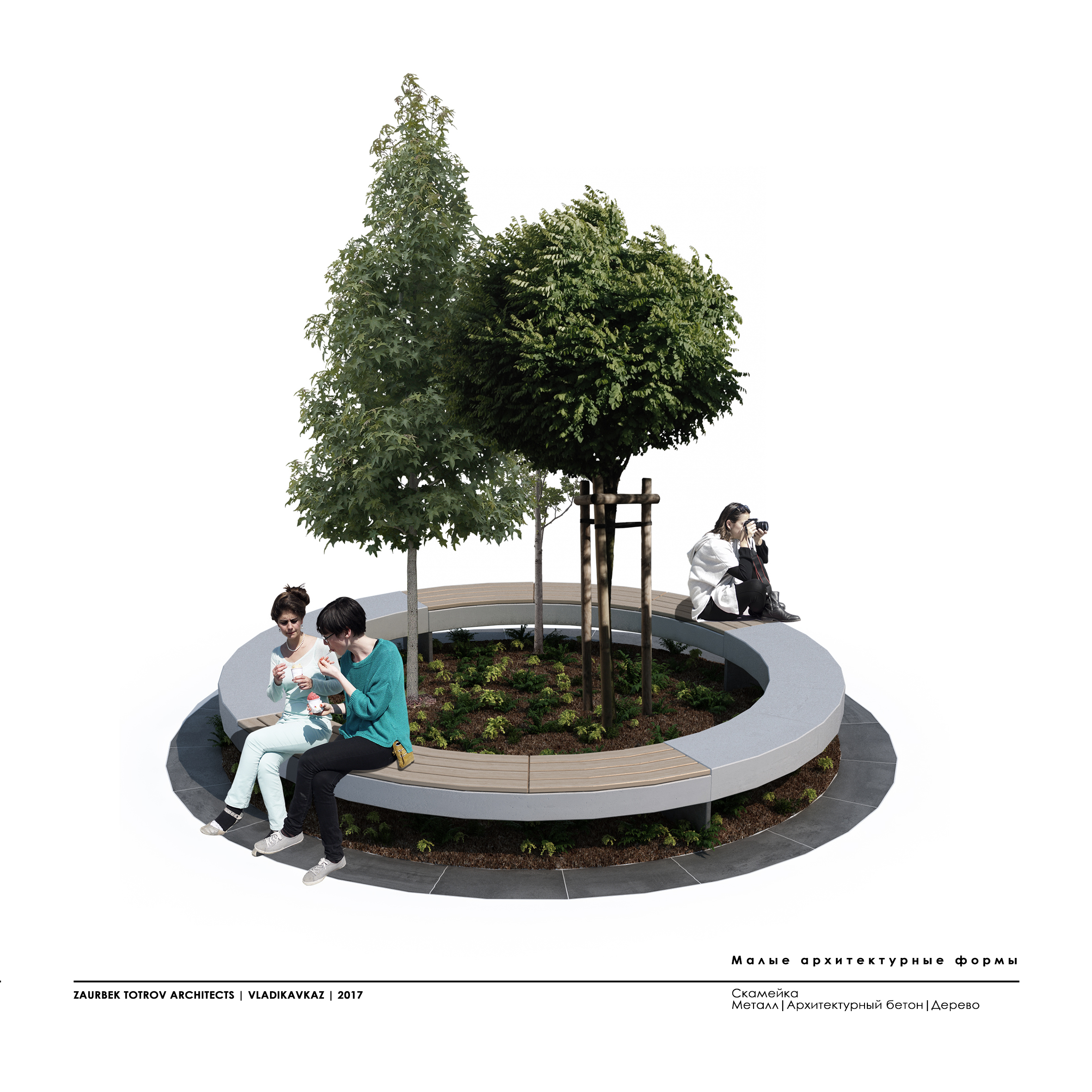 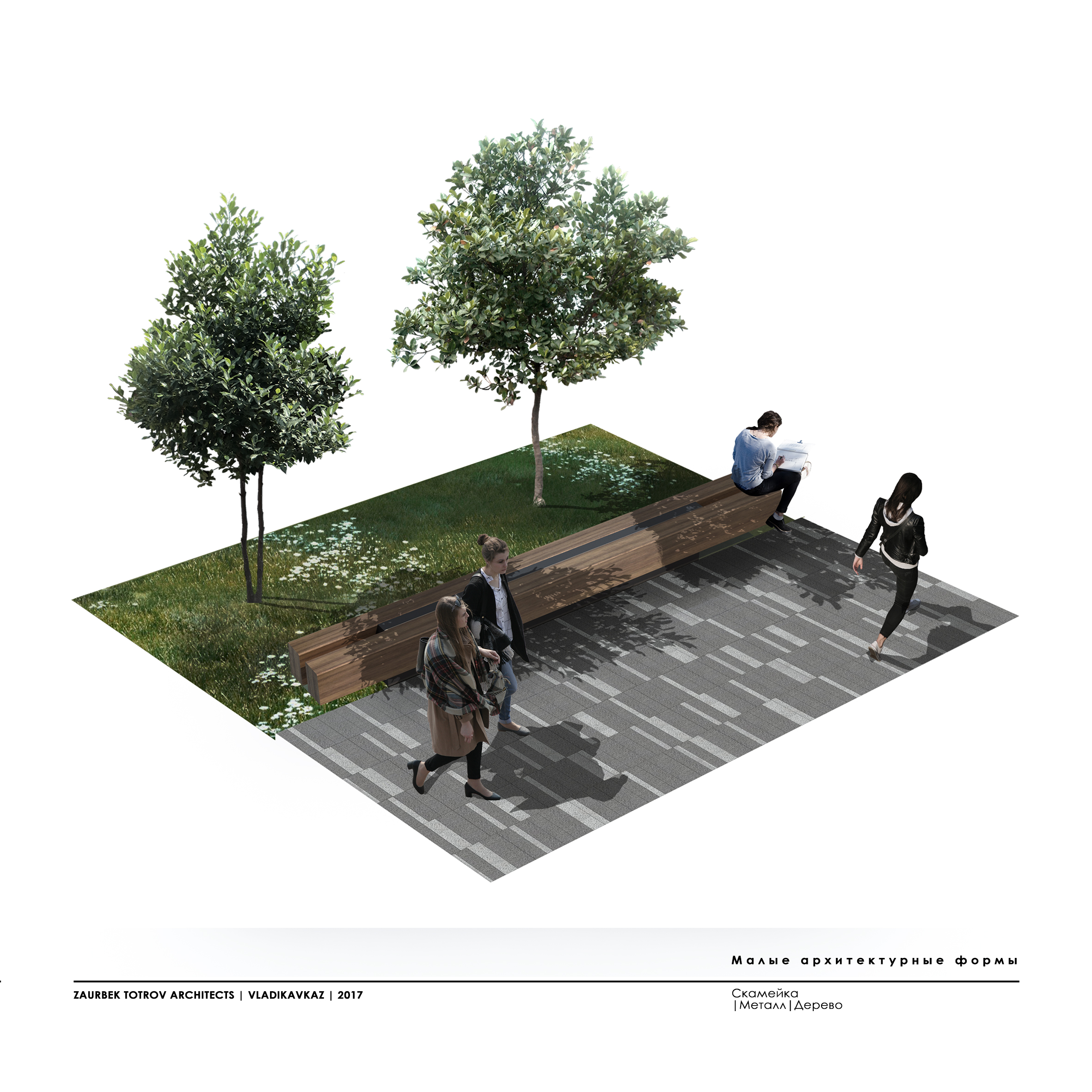 
In collaboration with Strleka KB

Zhukovsky Park is the favourite place of children and students because it adjoins to the State Agricultural University. Initially in the place of the park was the area which was created in the middle of the 19th century and has been noted on the plan of Vladikavkaz as Aleksandrovskaya Square. In modern social and ecological living conditions of the population, the problem of the organization of healthy, esthetically full-fledged vital environment for rest and restoration of spiritual and physical forces of the person has risen especially acute. Tastes and habits changes, people changes too, but there is a constant aspiration to go from everyday efficiency to the world that often invented, fantastic, but live and sympathetic – the green world. For creation of public space like this requires, first of all, understanding of a context and internal communication with the city.

Basic idea of the concept of improvement the Zhukovsky Park is to turn it into modern and really attractive green zone of the city. The place where the person of any profession, any age and interest could come and according to the aspirations spend time with pleasure. According to the project, the park is conditionally divide into a number of functional zones, which bears a certain meaning. That allows making the space attractive to all groups of the population. Improvement of the park will promote improvement of quality of rest, spiritual growth and expansion of communication between people.

The closed route will connect the central gardening areas of the city and will create cross relations between boulevards (Tamaeva St. and Millera St.), which at the moment bear generally transit function. The route has also included streets where the most part of tourist sights of the city is concentrated. Reorganization of transit streets functions, habitual for citizens and introduction of new functional filling of territories will create not only public spaces of new quality, but also will allow inhabitants of adjacent territories to use typical properties of the territory in new quality. The project of improvement consists in restoration and development of historical spaces of the city, which can’t provide due quality of the environment now. The complex of the held events will allow Vladikavkaz to strengthen and increase the city status.